Another Victory for Hugo Chavez 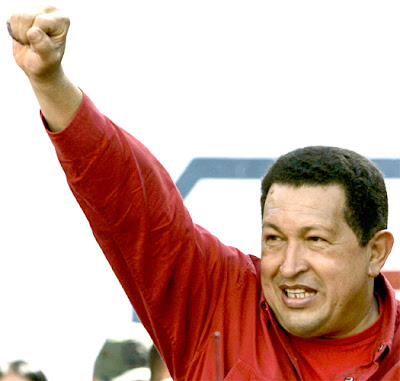 No, that was not one of those “Dewey Defeats Truman” headlines. I know the referendum in Venezuela was “defeated” by a margin of about two percentage points, that is 49% Yes versus 51% No.

But it is very curious that when George W. Bush received 49% of the vote in elections that only gave him a mandate to govern the country for four years, that was sufficient proof of his legitimacy, and he was declared the victor. Meanwhile, when 49% of Venezuelans express their trust in Hugo Chavez to govern their country for the rest of his life, the mainstream media label the event as an historic defeat for Chavez, and as the end of the socialist project in Venezuela.

I have news for the newsmongers. Chavez is no willow tree, to be shaken by such winds – to paraphrase an Iranian proverb. The referendum may have been defeated, but the Venezuelan people have won a great victory. The post-referendum years will see a further consolidation of what one half of the nation is now fully supporting. There will be no turning back.
Posted by Al S. E. at 9:21 a.m.

I love it when America gets a lesson in democracy.